Miaja Cornelius
RheTech, Inc. was all too familiar with worn out elbows in their plant.

When Gary Wright, Director of Plant Engineering, had one of the Smart Elbow deflection elbows they had installed a year earlier pulled to check for wear and tear, he assumed it would require considerable repair, if not replacement. “After one year in service, we could still see the casting marks,” said Wright. “By now, we would have been through four or five sweep elbows and 12 rolls of duct tape.” He added, “We’re impressed.”

Five years later, we checked back with RheTech to see how the Smart Elbow units were holding up. None of the 170 Smart Elbow deflection elbows installed had worn out or been replaced since the installation six years earlier. END_OF_DOCUMENT_TOKEN_TO_BE_REPLACED

In 1999 and 2000, the Eufaula, Ala.-based manufacturer was performing weekly repairs on the worn elbows of its ceramic bead plant. After teaming with HammerTek, the company replaced all 12 elbows in their system with Smart Elbow deflection elbow technology. The Smart Elbow units have lasted at least four years compared to the one- or two-week lifespan of their previous elbows. END_OF_DOCUMENT_TOKEN_TO_BE_REPLACED 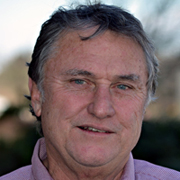 Miaja Cornelius
HammerTek’s Smart Elbow® design is revolutionizing conveying systems across the country and around the world. That’s because the Smart Elbow deflection elbow, with its patented deflection zone and versatile design, is, well, revolutionary.

But that’s not what Elbow Room is all about.

HammerTek has been in the business of improving conveyor systems for decades. We have a long history, complete with case studies, to demonstrate just how cost-effective and just plain effective the Smart Elbow deflection elbow technology really is. END_OF_DOCUMENT_TOKEN_TO_BE_REPLACED

‘Rule of thumb’ depends on the elbow

Miaja Cornelius
The February “Ask the Expert” column in the Powder and Bulk Engineering online newsletter PBE-News tackles an issue we at HammerTek have been stressing for a long time.

This question was put to Jack Osborn, engineering manager for Airdusco: What effect will an increase in pipe bends have on dense- and dilute-phase pneumatic conveyors? END_OF_DOCUMENT_TOKEN_TO_BE_REPLACED