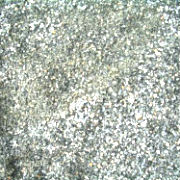 Western Paving Corporation makes asphalt for its own paving operations as well as supplying material on contract for other paving companies. The Denver, Colorado plant, a division of Western Mobil, produces no less than 29 different paving product mixes.

A key component of these mixes is granite dust, collected from a rotary kiln and pneumatically conveyed to a point where it is mixed with oil and added back into the mix. This compound functions as a binding agent for the mixes, literally holding everything together.

Granite dust is a highly abrasive material, and it was wearing through the steel long-radius sweep elbow en route to the mixer from the rotary kiln.

Whenever a breach occurred, high volumes of material still hot from the kilns would spill out very quickly, risking serious injury to plant personnel. Operating at a rate of 15 tons per hour, the conveying system required prompt, rapid shutdown.

The functional lifespan of a steel long-radius elbow at this high-volume operation was roughly six weeks. Almost routine failure was causing unacceptable amounts of waste, downtime and cleanup. Plant engineers knew they had to do something.

They found the solution to their problem in the Smart Elbow deflection elbow by Hammertek. Six 90° Smart Elbow models were installed to replace the troublesome conventional long-radius elbows. Thanks to the intelligent design of the Smart Elbow products, elbow-related system shutdowns were eliminated.

The Smart Elbow design conveys by deflection. On system start-up, a loose, slowly rotating ball is formed in the specially designed vortex chamber. This self-renewing mass of conveyed material cushions impact and sets up a deflection zone, which sends the flow stream “around the corner.” Most of the material being conveyed never actually reaches the back wall of the elbow.

Even in Western Paving’s high-volume manufacturing environment, the Smart Elbow deflection elbow has a functional lifespan of five years, compared to just six weeks for the conventional long-sweep elbows it replaced.

Based on the overwhelming success at its Denver plant, Western Paving Corporation is phasing in Smart Elbow models at its other locations.